Having an unexpected fire light parts of your house ablaze is a very real threat, more so in the temperate Australian heat. With that in mind, every homeowner has to take pre-emptive measures to keep their home, the property inside it and their family safe from this threat. Among the options available are fire alarms, fire extinguishers and fire sprinklers. In this article, learn why fire sprinklers are your best bet at keeping your home fire-free.

Can detect fires very early and reduce the resultant damage

Unlike other fire preventions mechanisms such as fire alarms, fire sprinklers can detect oncoming fires even before you have a flame going on in your home. This is because unlike fire alarms, fire sprinklers are triggered by heat and not smoke. Long before a fire ignites, the temperature within the affected area will escalate dramatically. Fire sprinklers can pick up on this temperature increase through the mercury bulb. When the temperature reaches critical levels, the bulb bursts and lets a torrent of water cool down the fire which is just starting. As a home owner, this means home fires will get quelled immediately as they start, thus reducing the damage considerably.

Can put out fires without your input

Fire alarms in most cases simply alert you or the authorities that there is a fire in your home. Before the actual fire is put out, the time lapse in between can translate to great fire damage. Even when you have a fire hose or a fire extinguisher, someone must be around to use it correctly and put out the fire. With fire sprinklers, the trigger mechanism is automatic. The water supply is always on and once the mercury bulb bursts, the water is deployed instantly. This means a fire will be put out by the system without your input. This is a vital factor as you may be away from home or asleep.

Fire sprinklers only deploy in the affected areas

Another thing to note is that not every fire sprinkler in your home deploys when there is a fire. Usually, fire sprinklers will be installed at various points in your house. When there is a fire, each sprinkler acts independently. This means only the sprinklers within heated areas will deploy. This is also important as it means your entire house doesn't get flooded just because there was a small fire in the kitchen. However, if the fire spreads to another area, the sprinklers in that newly-ignited area will pick up on the heat signature and deploy as well.

Acting independently, swiftly and with minimal damage to your property, this is why fire sprinklers easily take the lead when it comes to protecting your home. For more information, contact a company like Fire Protection Services Pty Ltd. 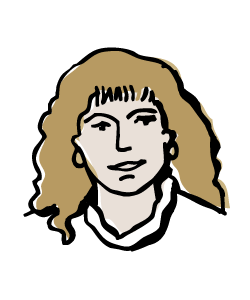 Hey! My name is Claudette and this is my new environmental energy blog. I am not a green energy professional but recently, I have developed a keen amateur interest in the subject. It all started when I read a newspaper report about the impact of climate change. I became really worried about rising sea levels and the loss of various animals around the globe and so I decided to take action. I contacted a contractor who visited my home and installed a small wind turbine in the garden and solar panels on the roof. Since then, my energy bills have fallen and my carbon footprint has decreased.

Read in about 3 Minutes